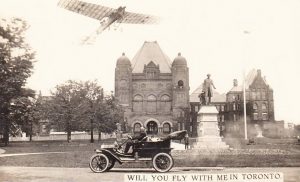 The City of Toronto Archives was searching for a toool which would allow them to process lots of images in batch to speed-up their digitization pace and fill the gap where their current archive system left them off with one by one image processing.

In 2014, after seeing a presentation at a CanDAM Fotoware roadshow in Toronto, the archive people began to think of how a batch processor such as Color Factory could save them thousands of work-hours.

To be able to select files dynamically based upon metadata contents, the City of Toronto Archives people also acquired an Index Manager solution.

Shortly after Fotoware released the version 8, CanDAM did some new presentations in our Toronto office on 20, Bay street. The city archives staff also realized the workflow potential of the Fotoweb 8 application and soon they were implementing the Fotoweb 8 solution with the help of CanDAM.

Your email is safe with us.

You can find out more about which cookies we are using or switch them off in settings.

This website uses cookies so that we can provide you with the best user experience possible. Cookie information is stored in your browser and performs functions such as recognising you when you return to our website and helping our team to understand which sections of the website you find most interesting and useful.

Strictly Necessary Cookie should be enabled at all times so that we can save your preferences for cookie settings.

If you disable this cookie, we will not be able to save your preferences. This means that every time you visit this website you will need to enable or disable cookies again.